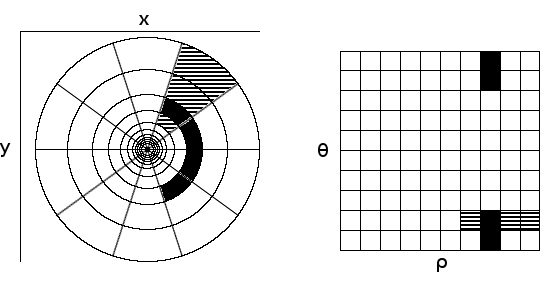 Similarly, the striped regions have different scales but are at the same angle w.r.t. the centre. When they are remapped, they are related by translations along the \(\rho\) axis.

By using this transformation, both rotations and scaling between two images can be represented by translations.